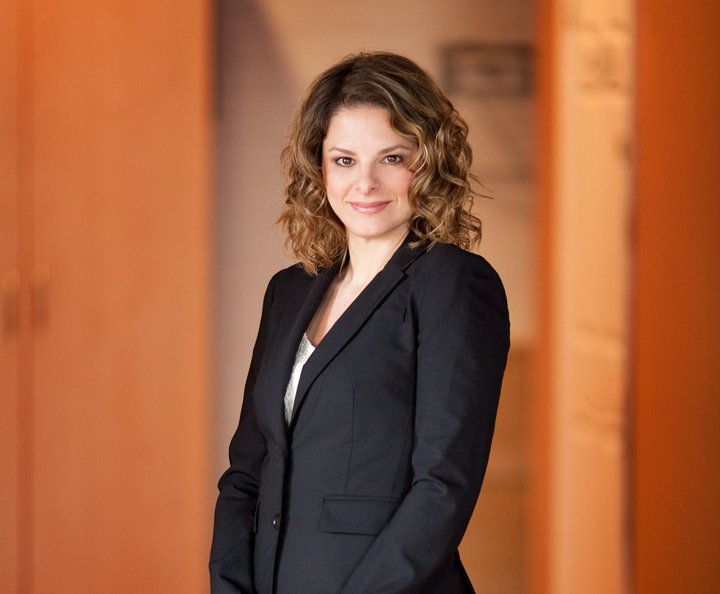 Maddie's roots in political activism run deep.  Growing up in a household whose parents valued democracy and encouraged her to participate in it has given her the privilege to encourage the same values to her own children.

Maddie raised her family in Newmarket and became involved in her community.  Working as a volunteer in palliative care, volunteering as teacher's assistant in her children's school for several years, and participating in various charity fundraisers has allowed her to build relationships with her neighbors in the community.

Maddie worked for Newmarket's former Federal Member of Parliament after serving as the MP's office campaign manager. During this time she built relationships with key leaders both within the community and outside of it. More importantly, she was responsible for dealing with resident issues in the capacity of the federal government.  Tax revenue, immigration, employment insurance, security, and residency were some of the many issues she assisted Newmarket residents with.  She wrote speeches for the Federal MP, attended and spoke at functions on her behalf, and worked with key federal offices in solving resident issues.

Building an incredible track record, Maddie was invited to serve on a prestigious board with former Consul General of Afghanistan His Excellency Habibullah Qaderi and other Toronto politicians whose purpose served to support Canadian and Afghan families and soldiers of the Afghanistan war.  In addition, Maddie's political experience opened the door for her to travel Ontario and lecture on politics and democracy.

Maddie's passion is for advocating for children and families.  A past committee board member for Fundraising/Policy/Advocacy/Diversity for York Region's Children's Aid Society, she is committed to bringing attention the importance of supporting underprivileged youth in our community.

Maddie has hosted a series of community fundraising events in Newmarket. In 2010, she organized a woman's event called "Empowering Women." Key speakers included Order of Canada's Dr. Jean Augustine.  The event brought together a group of women whose mandate was to encourage more females to run as political candidates and to contribute their voices in community leadership.  100% of the proceeds raised at the event went towards local charity.

In 2011 Maddie hosted "Empowering Children" with keynote speaker and radio announcer Spider Jones, who shared his experiences on the challenges growing up in poverty. 100% of the proceeds raised went to the Children?s Aid Society of York Region.

Since becoming elected in 2010 and speaking on the importance of transparent government, Maddie's achievements have been unprecedented in the short time she's served office.

During her term in council, Maddie has lectured across the GTA on political issues such as open government, transparency, leadership and responsible government.

In March of 2013 Maddie was asked to speak on women in politics for the prestigious Manning Institute at their annual national conference alongside her female federal counterparts who served as Ministers for the Canadian government.

She was subsequently asked to work with the Manning Centre on assisting with developing policy for transparent, fiscally conservative municipal government across Canada.

During that same year, Maddie was invited by the Ontario Ombudsman's office as a guest on live-chat to discuss the Annual Municipal Report and the issue of transparency challenges in government, as well as answer questions from Ontarians.

She became a bi-weekly political columnist with the Toronto Sun and appears regularly on media panels such as The Agenda with Steve Paikin.

Maddie has also been a guest on Global TV, Jerry Agar?s Newstalk 1010, Jim Richards Newstalk 1010, Mike Stafford AM640, Arlene Bynen AM640, and others to discuss concerns in government. Today she can be heard on The Tasha Kheiriddin Show on AM640 radio every Friday as a panelist discussing issues of the day and as a round table panelist on Newstalk1010 with Barb DiGiulio on The Nightside.

After serving her term in office from 2010 - 2014, Maddie was honoured for her contribution to Newmarket Council by both the Ontario Human Rights Commission and York Region Police

Today Maddie works as the CEO for one of Canada's oldest and only charity dedicated to the betterment of public education and student success, the Society for Quality Education.

In addition to raising her three young boys together with her husband, Maddie is active as a political pundit and often comments on issues of the day.

Maddie attended Carleton University in Ottawa and is a member of the Canadian Federation of University Women.